innovating at the intersection of technology, design and human experience 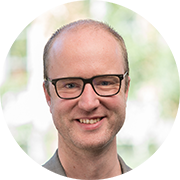 I'm a Design Researcher based in Melbourne, Australia. I apply architectural design principles and approaches to enable ethical innovation. Primary areas of focus are artificial intelligence, facial recognition, and biometrics. My work reaches global audiences and highlights the importance of public participation in the quest to ensure that innovation creates tangible benefits for society. My commentary is featured regularly in print media and on television, where I discuss societal risks and opportunities of technology trends.

In this paper, we investigate the true "public" potential of public displays by shifting the responsibility to create or control content from the traditional central authority to the citizen. To evaluate the potential value of this concept, we have designed and deployed a set of small public displays behind the street-side windows of three separate houses, of which the households were each invited to provide their own content. During a three-week, in-the-wild field study, we have analyzed the impact of citizen-controlled public displays on both participants and community members, and have observed the relationships between the public display and the neighborhood. Our analysis shows how delegating the control over content on a public display to members of the community can influence social cohesion in the immediate environment as it offers an additional opportunity for discourse. Observations also highlight how the effectiveness of citizen- controlled public displays can be dependent on pre-existing social, cultural or linguistic issues. This experiment aims to illustrate the value of a more socially- and location-relevant integration of public displays in our urban neighborhoods as a multifaceted yet democratic medium of public communication.

Elsewhere on the Web